One of the principal inspirations of Gabriel Pérez Raventós is the adventure of finding objects, mix them and think about what he will be turning them into. He does not work with a preconceived idea, it is the materials that he has that activate his creative spirit. He uses alternative strategies to live, based in a limited participation in the conventional economy and a minimum consumption of resourses. Pérez Raventós recycles the materials that he finds on the streets and transforms them into art pieces. Starting by the stamp paper, bank checks and invoices of the 40’s and 50’s are used to paint a series of characters that are part of a neighborhood, faces painted on a rubble piece, even decorated antique text books “decorated” with an enormous quantity of chewing gum to give more importance to the not so important, a rebellion against the discipline and the established canons. But his favorite medium is the pallet, a very usual object in Barcelona and every big city. At the beginning the artist cut them and used its boards to paint on them. His paintings are not very defined but have a lot of expression and transmit his own mood. There are apparently basic figures with profound concept and feelings. But now Pérez Raventós is using the whole pallet. For him the pallet is a symbol of construction and destruction, a medium to construct buildings but also a society. For Gabriel Pérez Raventós art is a human need, but around art there are things that take away its importance. This author is not contaminated and you can see this in his work. 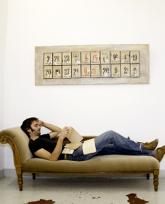 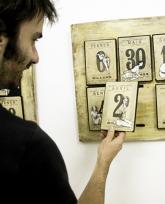 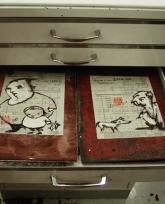 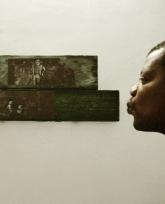 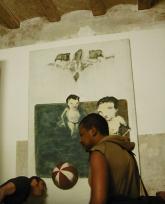 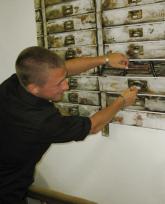 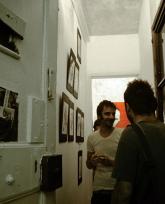 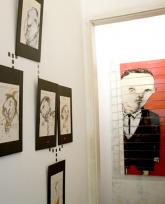 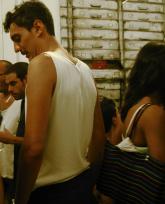 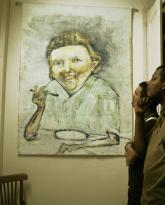 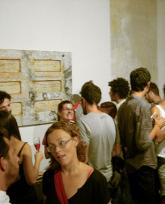