The W/K Group Show brings together seven artist friends who have at one time or another exhibited, collaborated, shared studios, been published, travelled and more importantly experienced life together.

Each united at root by the humble spray can and motivated by self-expression through public artworks on an international platform.

This exhibition, curated by sheOne under the thematic scheme of Black & White, centers focus on the unique studio practice of each member of the esoteric art gang know internationally as The Wizard Kings. 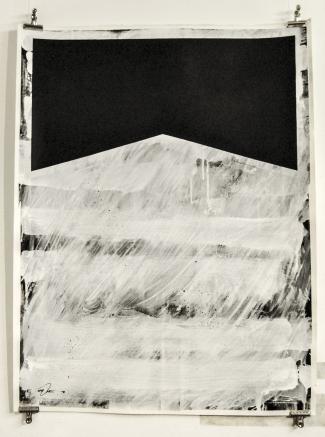 Mark Lyken (1973) is an artist filmmaker and composer based in rural Dumfries & Galloway, Scotland.He creates observational film, musical and sound works, performances and installations that have been presented nationally and internationally including Brazil, India, Mexico, Italy, Poland, Romania, Sweden and widely across the UK. His recent work explores relationships to place and the interplay between nature and culture and has led to collaborations with artists and scientists, most notably from the University of Aberdeen’s School of Biological Sciences. His recent film Mirror Lands, co-directed with Emma Dove, won the Award for Creativity at IFFEST Documentary Art Festival 2014, Bucharest and his latest audio-visual commission, Oscillon Response, premiered at Sonica 2015, Glasgow and is currently touring the UK as part of PRS for Music Foundation’s Beyond Borders. Mark is currently working on a new installation commission, 10 Interactions, a study in film and sound of points of convergence between the natural and the man-made. 10 Interactions will premiere at Sonica 2017.In July 2016, he is undertaking a residency with CMMAS, Mexico and in September he will be in residence at the Taipei Artist Village in Taiwan.

Born in the UK in 1972, Duncan Jago is considered a veteran of the urban art and design community. He has been described as a pioneer of the Scrawl Movement. Growing up in the small village of Eye in Suffolk, Jago had an intense interest in graffiti, which led him to study illustration in Bristol. He graduated from the University Of The West of England in Bristol in 1998.

Born in London in 1969, James began to write Graffiti in 1984. A decade later he had formalised the concept of spraypaint as
the primary medium of expression and was beginning to personalise his alter-ego signature as the gestural cage for contextual subject.

O.Two – real name James Carey – born in 1979, lives and works in London. A member of Wizard Kings artist collective, Carey takes his graffiti heritage as a starting point of progressive explorations. Teenage delinquency is transformed and refined into a Post Graffiti texture of abstract gestures, but never disclaimed.

Will Barras, born in 1973, is a British animation designer and painter. While studying graphic design in the 1990's, Barras became aware and subsequently part of the flourishing Bristol street-art scene and co-founded the influential Scrawl collective.

Italian artist based in London part of the Wizard Kings collective. Has a graffiti background but his love for calligraphy pushed him to join the two arts. Every works has a solid classic calligraphy structure with the freedom of graffiti.

Graeme Turnbull, aka Stendec, is a Scottish Artist, who has made London his home. He grew up in Glasgow where his appetite for art was spurred on by the UK’s creative urban culture. He balances his time between working on high end commercial vfx projects where he creates stunning 3D imagery and his more primal hand drawn art, which is often limited to a basic palette of line and tone.